A downloadable game for Windows

Byte-Sized Boss Beatdown, developed in collaboration with MediaSmarts is a free 3D action adventure game that personifies antidotes versus threats. Through a strenuous boss gauntlet, players attempt to repair their Grandma’s virus infected computer. Can you overcome the obstacles impeding your grandma's ability to send e-cards? Faced with a stream of standalone levels to play, you'll come to know the vulnerabilities that bosses exploit.

If you think you're a good grand-kid capable of helping your Grandma, see if your computer science knowledge is up to snuff in Byte-Sized Boss Beatdown.

If you are a professional in an educational practice, you'll find this game useful in a teaching context. Games are often falsely thought of as solely recreational. More and more, we are seeing a paradigm shift in the games industry to present entertainment in an educational manner. James Paul Gee's writings in What Video Games Have to Teach Us About Learning and Literacy, published in 2003 delves into situated meaning and cognition. This is to say that using the jargon that developers or systems use are not necessarily conducive to mimicking or creating a desired understanding in players. Through gameplay, Byte-Sized Boss Beatdown teaches computer science elements and necessary steps to protect one's personal computer from viruses in a context where it makes sense in an introductory way.

Don't believe us? Take a look at Dumb Ways to Die, the world's most popular public service announcement. Metro Trains Melbourne launched the campaign to promote rail safety, with release of the first game within a year, after the video went viral. It is by looking to these examples that we are inspired to build out games in aims to achieve learning objectives.

As a result, by the end of Byte Size Boss Beatdown, players are be able to:

This game was developed in the span of 6 months by a group of five fourth year undergraduate Game Design and Development students at Wilfrid Laurier University in collaboration with MediaSmarts for our Capstone project. Made by: 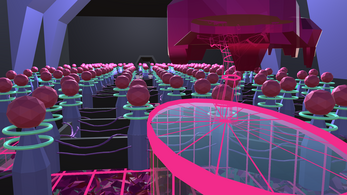 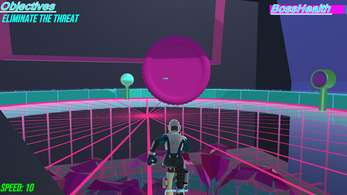 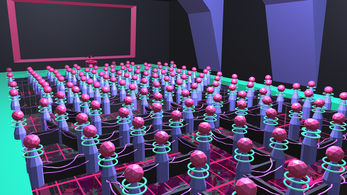